Although I write frequently and often, I have used my blog as a medium to distribute my writings far less often than I would like. This is one piece that I found enjoyable to write. I would like to share it with my readers, however few you may be...

Shelling is an interesting pastime. Walking on the sandy shore, the undulating waves to the one side of your body facing the Gulf of Mexico offer a steady cadence to pace yourself. The wet, packed sand creeps up, between your toes, persevering to find a crevasse of skin; it will be there, bugging you tonight, when you try to fall asleep.

But you stay at it. The flow is here – you’re in the groove. Head down, your eyes scan the ground.
The beachcomber – what a strange title for a pastime (or, an occupation, even).

It is a skill even a child can master – the computational power of your brain, aided with the evolutionary advantage of sharp acuity and the uncanny differentiation of colors, your eyes have the ability to “comb” over the scalp of the beach.

Seeking to pick out these remnants of death, discarded bodies – deep sea coffins, really – transformed into beauty. Shells. How truly inappropriate a name, you think. For they hold so much in them.
Scanning, you look purposeful and without rest… 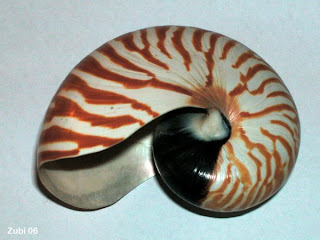 You reach down just as the salty wave crashes against the shore, trying in a futile attempt to seize the treasure back to the bosom of the sea. You’re too fast. You pull the little tawny speckled trinket to you.
Strange. How is it that a piece of calcium carbonate can have such symmetry, such mathematical perfection? Gastropods, scaphopods, polyplacophorans (or chitons), cephalopods – all simple, invertebrate, lowly. Beauty has no prejudice, however. The shed casing in your hand is perfect, incorruptible.

The setting in which you find yourself becomes centered in nature’s jewelry, still wet in the palm of your hand. It is a microcosm of all that surrounds you – the foaming water crashing on the shore, the sea oats swaying in the breeze, distant clouds in the big sky. Even the others seem to be a part of the whole: the old woman with the white sun hat bends to pick a treasure of her own; kids jump and laugh, beating their little bodies against the waves; lovers hold hands, their faces to the sky, reclining on plastic chairs; a man shifts his weight throwing line and hook and sinker to catch a wiggly treasure of his own.

Untold millions of children take their own shells home, to some midwestern hamlet vastly distant from the ocean. In excitement they put them to their ears. “I can hear still hear it, Mom!”

Perhaps equally as distant in the span of time, some seashells historically have been used as Monetaria moneta, the “money cowry”, currency to trade innumerable goods throughout the broad Pacific.

African kings used them as bowls; Melo melo shells bailed water out of canoes in Australia; ancient scribes wrote on papyrus late into the night, their letters only illuminated and made legible at all by oil-lamp shells.

They even hold prominence in religion…

In Christianity, the scallop shell is the symbol of Saint James the Great, the only apostle whose martyrdom is recorded in the New Testament. In Hinduism, the left-spiraled shells of the sacred shankha are considered to be property of the god Vishnu. They play an equally important role in Buddhism. In the more esoteric religion of Santeria, shells are themselves considered rich vessels of divination.

They are – and have been – tools, musical horns, war trophies, architectural adornment, jewelry and personal keepsakes, sacred items, and painted on flags of state. Farmers even grind them up to raise the pH of soil and increase crop yields.

You stand on the seashore. Your cast your gaze to the infinite horizon where ocean meets sky. Warm, humid, salty air hits your face as the wind picks up. The shell you hold as yours has a name, albeit an artificial human construction: Nautilus pompilius. The “lower” life form, to inhabit its curly, striped home only lived there for two, perhaps three, years.

Yet, unknown currents brought this piece of art to you. It is precious, no doubt.

The statistical probability of bringing the shell ashore in one piece is staggeringly unlikely. But here it is, in your hand.

It is times like these which remind us, that however impermanent the world may seem, it is still worth living, however long or short it may seem. In the words of the great American writer and aviator Anne Morrow Lindbergh, author of the seminal work Gift from the Sea: “One cannot collect all beautiful shells on the beach. One can collect only a few, and they are more beautiful if they are few.”

No doubt, friends: life is a beach. And Transformation-Is-Real!
Posted by D.D. Maurer at 3:08 PM 4 comments: